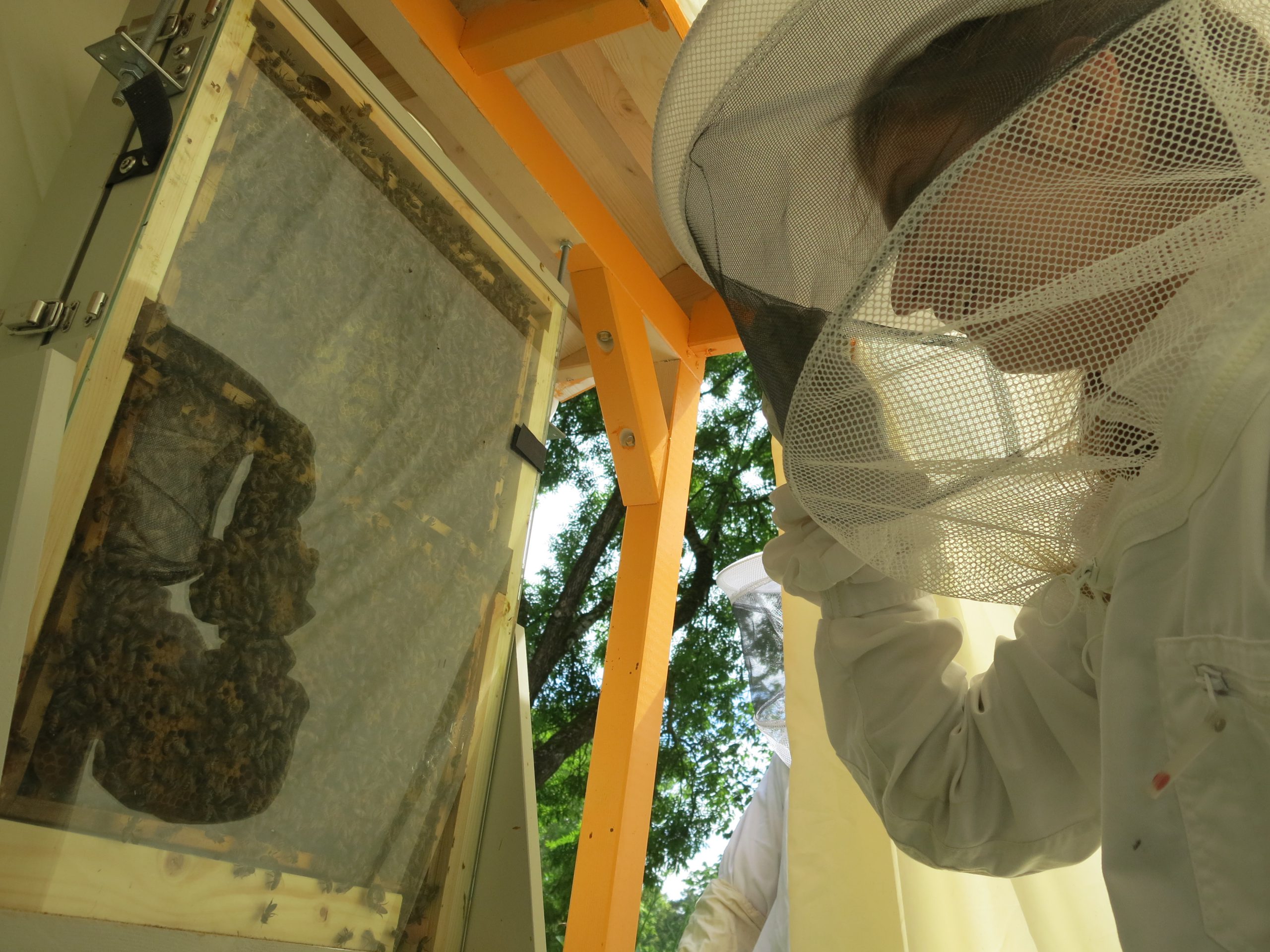 Master in Applied Ecology – Sabrina Dietz: An assessment of optimal foraging in honeybees through decoding of waggle dances in an urban landscape

A global decline of honeybees (Apis mellifera) and other pollinators which are essential for pollinating crops and wild flowers has been reported throughout the last decades. One major cause is the loss of available resources due to agricultural intensification. Especially urban areas seem to become an important habitat for pollinators. In 2017, Stange et al. developed a habitat suitability model for pollinators indicating habitat quality in terms of available floral resources and nesting sites for the City of Oslo, Norway. Our aim was to analyse whether the foraging patterns of honeybees match with highly suitable habitat patches as indicated by the ESTIMAP model. According to the optimal foraging theory honeybees should visit the closest and most rewarding habitat patches from the hive location, maximizing energetic intake per unit time. Hence, we hypothesised that patches which were frequently visited by the studied honeybees also had a high habitat suitability value and vice versa. We studied honeybee foraging patterns over the summer 2017 by decoding 506 waggle dances from three bee colonies located at two study sites in the urban area of Oslo. The waggle dance is a communication tool of successful foragers to indicate rewarding resource locations to their nestmates. We used this unique behavioural trait to analyse how the used foraging patches of our honeybees are correlated with values of the ESTIMAP model by applying a beta regression model. Moreover, we examined to what extent the foraging patterns of two bee colonies placed in the same environment overlapped.

Factors that lead to the moderate correlation between the visitation probabilities of the decoded waggle dances and the ESTIMAP values as well as of the foraging pattern of the hives placed in the same environment can be of various nature. First, by decoding waggle dances we did not have insight where honeybees of other hives or wild pollinators forage. Thus, high suitability habitat patches might have been exploited by other bees. Secondly, human error in the process of decoding the waggle dances might cause some inaccuracy in plotting the foraging patterns of our honeybees.
Overall, our study raises more interesting questions about the resource selection of honeybees and suggests that next to the distance and the nectar-reward of the floral resources, also the exploitative competition by other bees might play a role in the resource selection of honeybees.